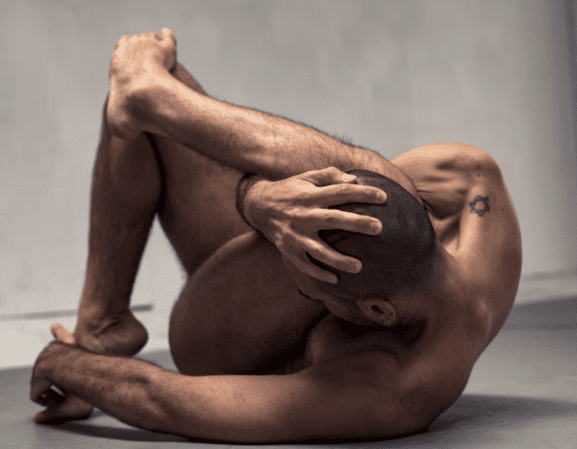 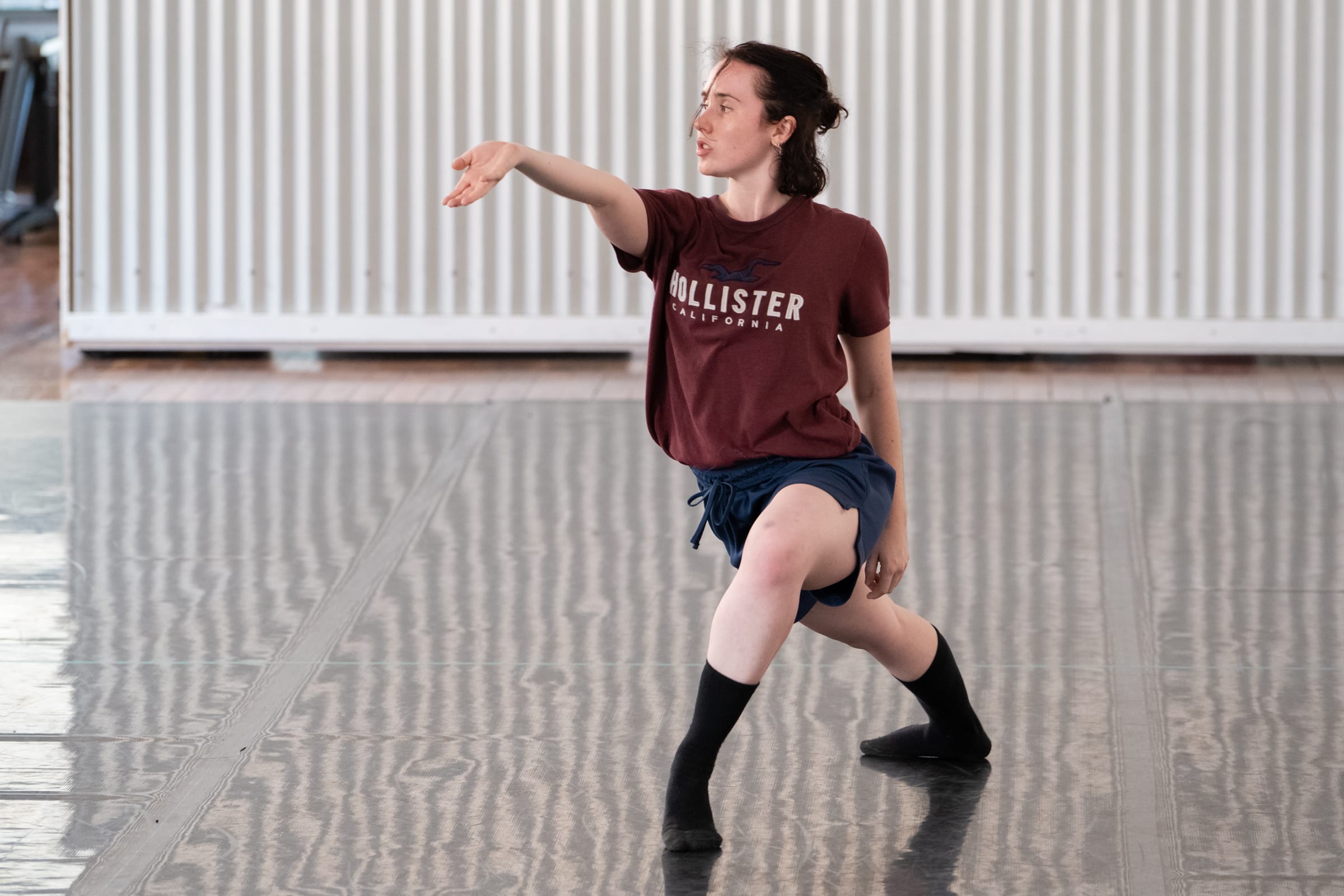 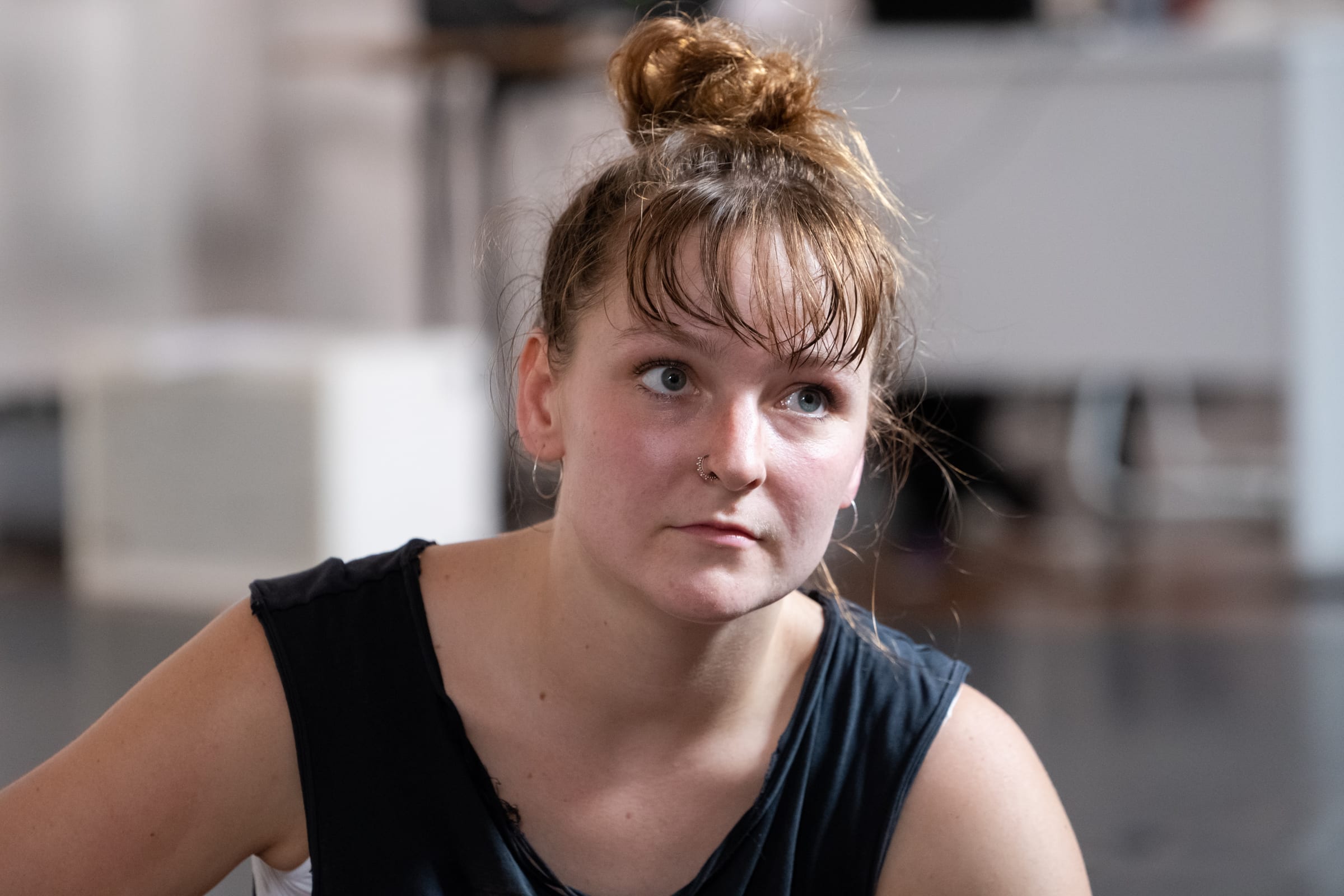 This is a first development of a new piece titles IN YOUR FACE which will continue to be developed during 2020.

IN YOUR FACE experiments with extrapolations of identity and the confrontational aspects of negotiating one’s presence in a context which is already so overtly dominated by social and political symbolism.

During the first week, the artists acquaint themselves with one another both personally and artistically, allowing the additional duration of time that is required by the limitations of the virtual world.

Then the artists endeavoured various improvisational tasks which enabled them to interrogate notions of performance, movement, presence, identity and context.

In Aloni’s practice, the specificity of ties and connections amongst the group of artists who are gathered to collaborate on the making of a new piece is really crucial.

To develop a work which is unique to both the individuals in the process and the specific circumstances in which they meet and work together, Aloni proposed introductory concepts and offered an encouraging space for Ford and Nangle to share their current interests, passions and curiosities.

The first week concentrated on conceptual evocations and their physical manifestations. Through improvisation practice, beginning of work with objects and in depth conversations, the artists started describing the realm in which they can intellectually meet and from them start together to create the new piece.

The experience of the first week in residency through the virtual sphere has been taken as a reality rather than a limited opportunity. In other words, Aloni is witnessing the process unfold from a both subjective and subjectified position of a distant viewer through various online communication platforms. This position, which is more removed than the way Aloni usually works with the dancers, offers them an additional layer for observation and contemplation upon the process.

Aloni is aware of the loss of other aspects which would have been available if they shared the same physical space with Ford and Nangle such as intimacy and energetic exchange.

But both the loss and the gain which are enabled by the first week of the process happening on virtual communication platforms, are seen as subject of research and exploration rather than any form of hinder or limitation.