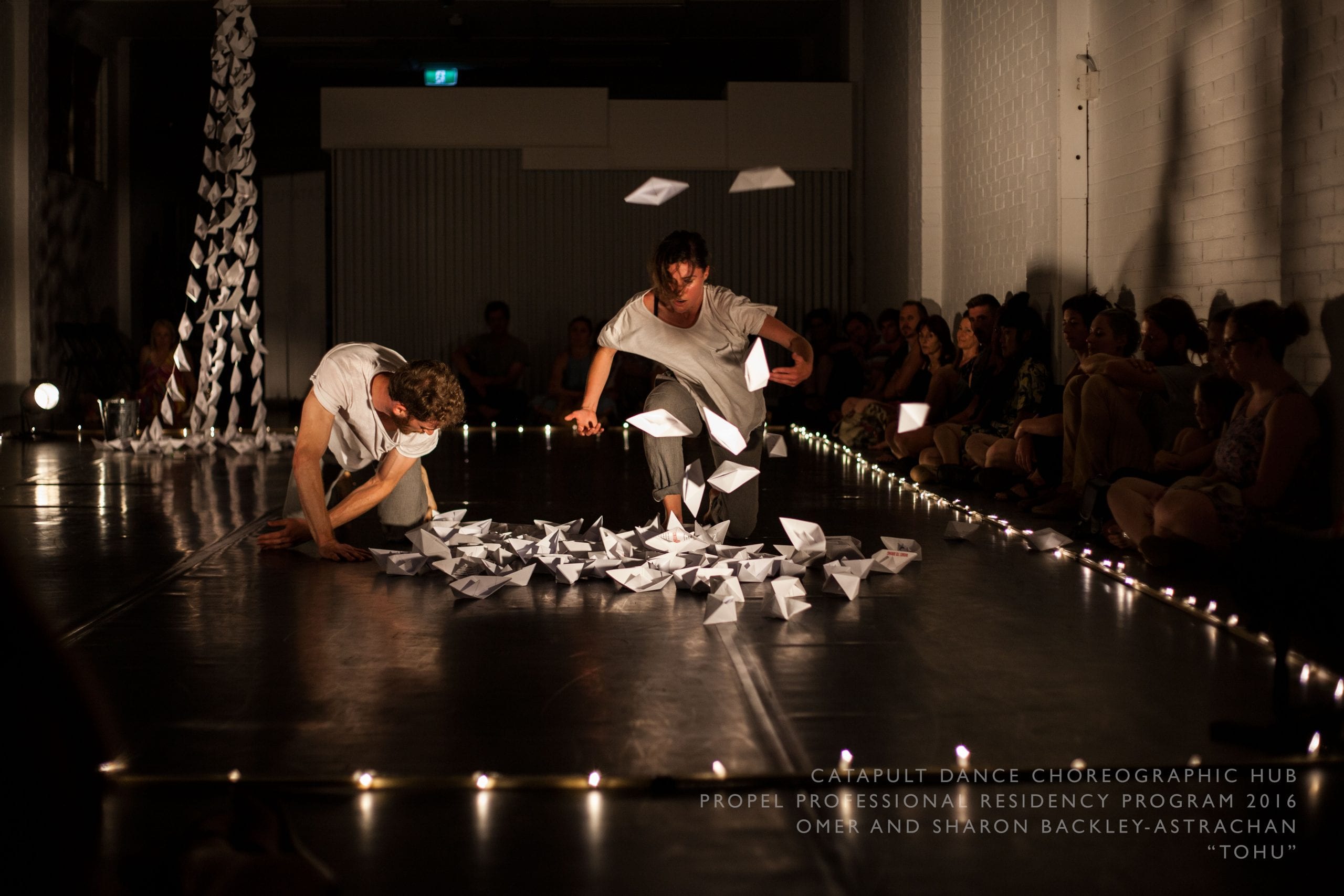 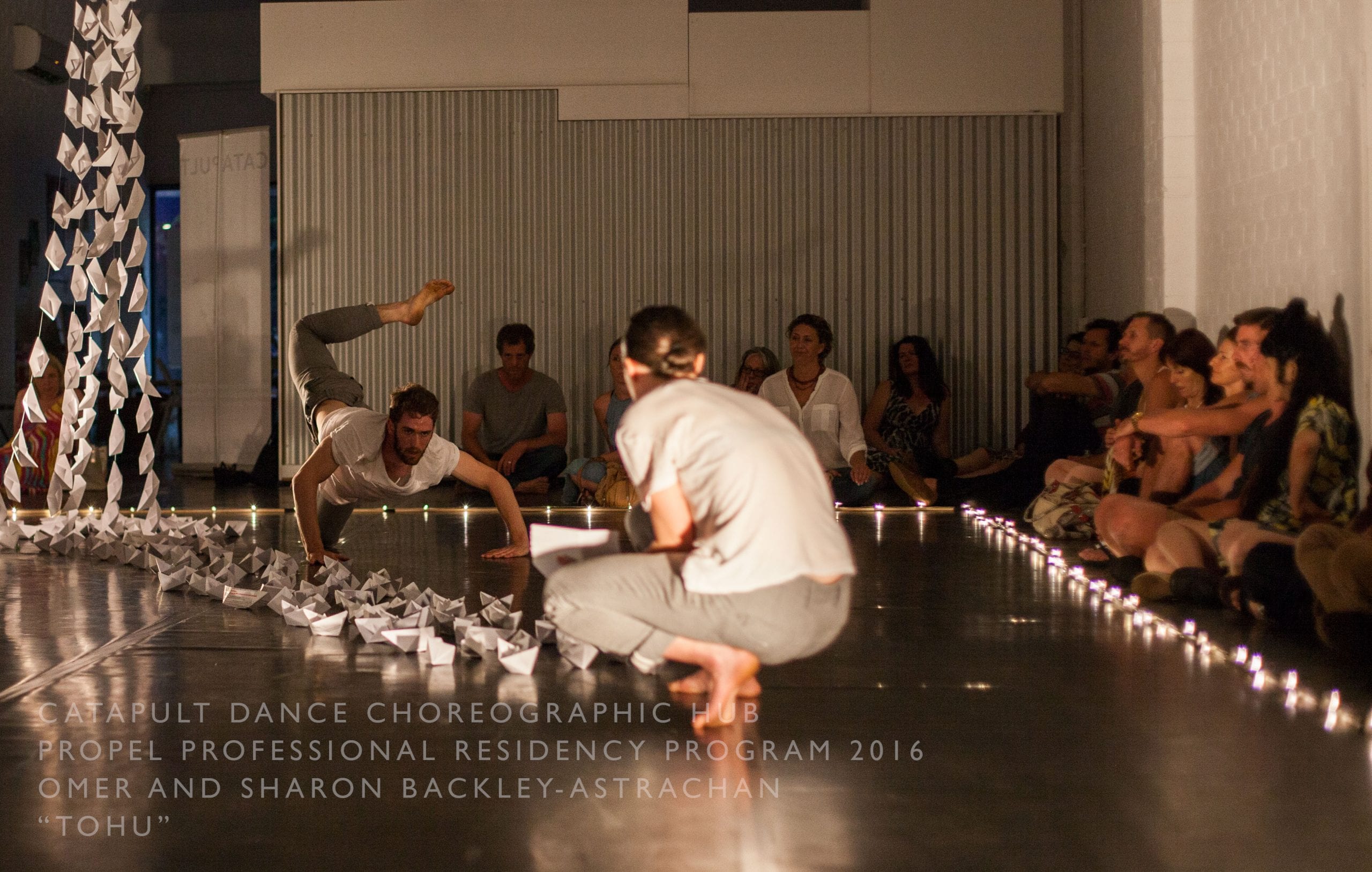 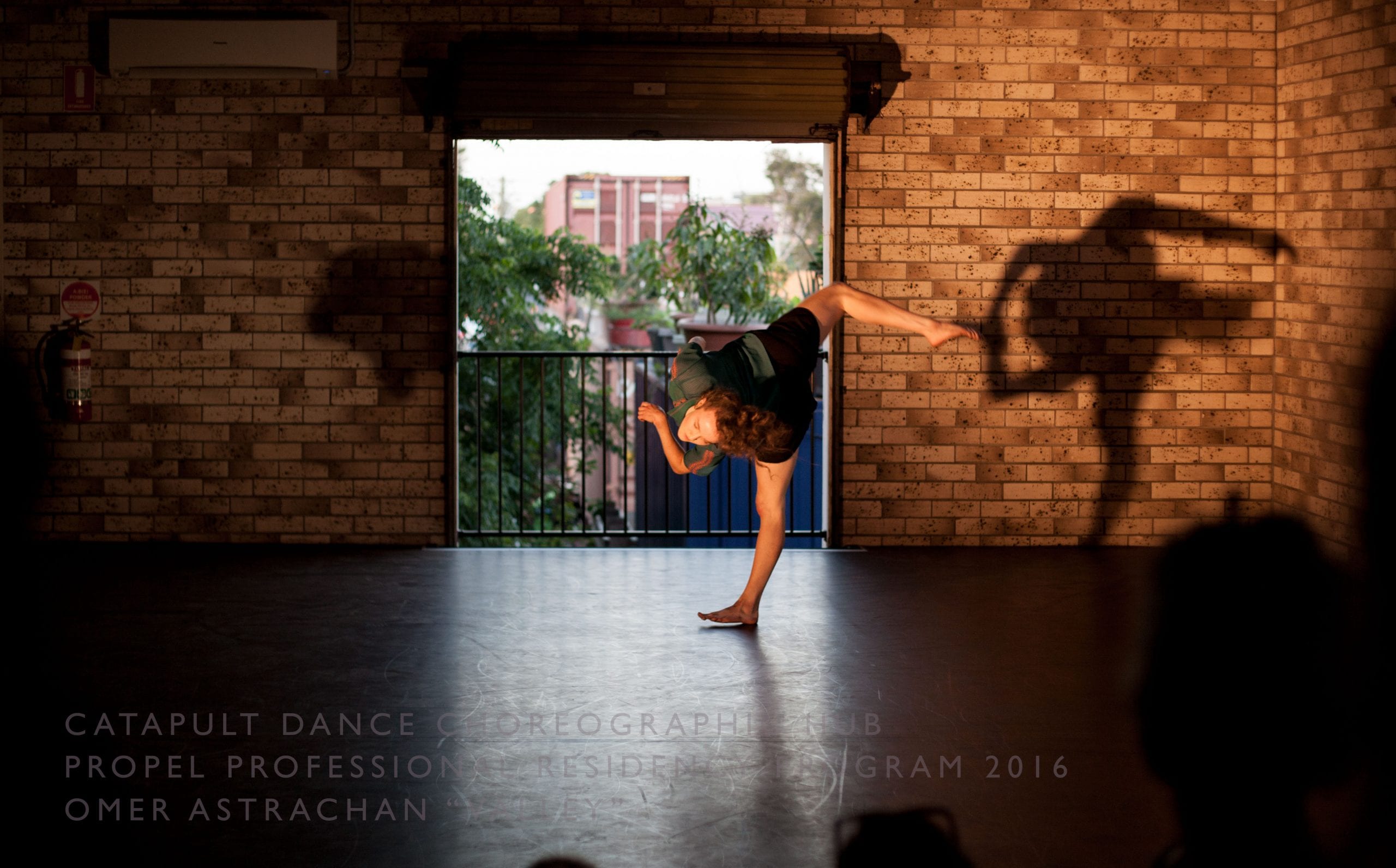 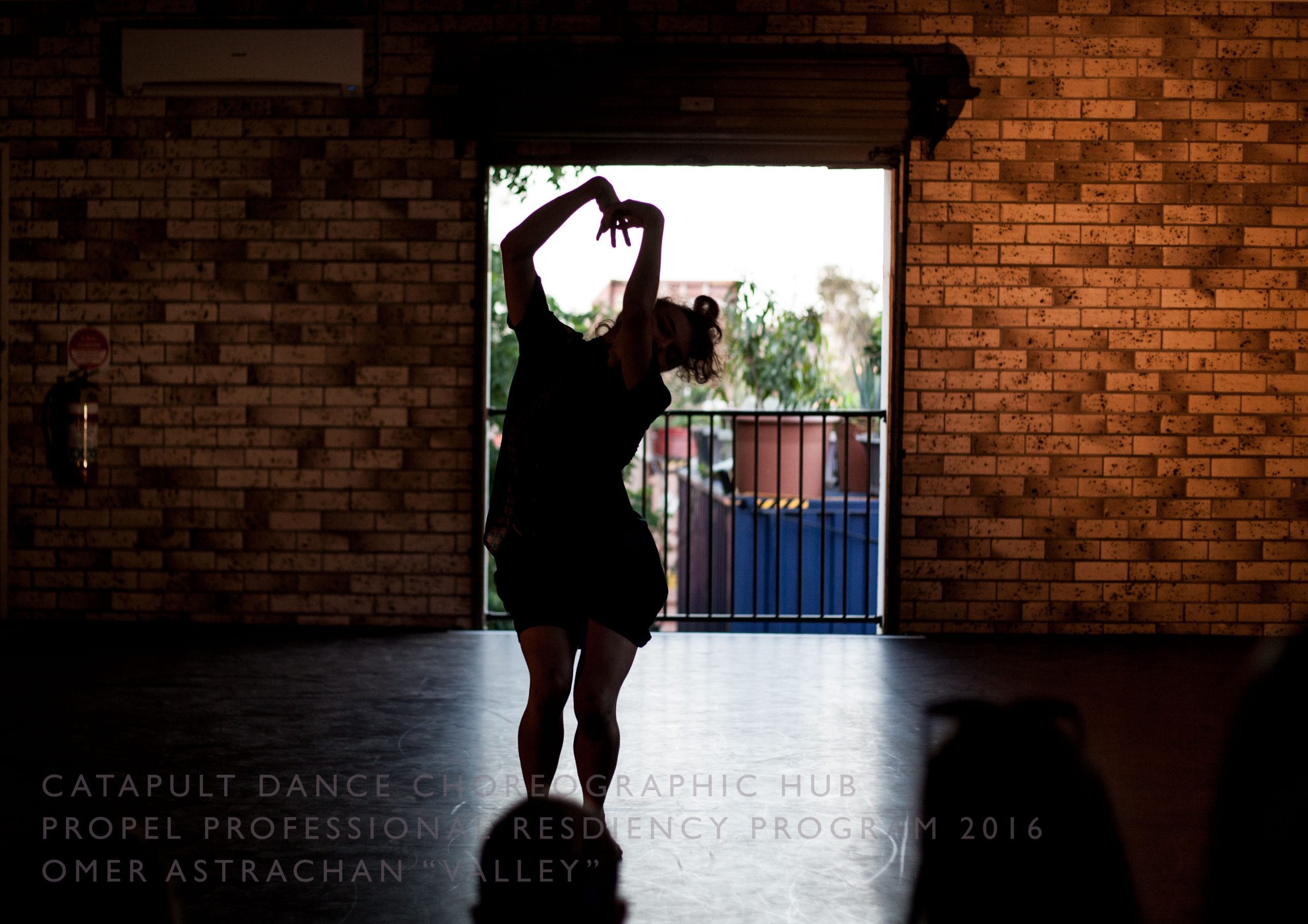 TOHU explores our chaotic existence as a mere reflection of the known universe.
​

This poetic duet explores various macro-processes that occur in the large universe and transform them into abstract and metaphorical human experiences. The performers draw the viewer into their re-imagined micro-universe as they strive to make sense of our most enigmatic behaviours.
​

TOHU was nominated for Best Dance Work award at the World Fringe Festival 2018.
​

Omer and Sharon have two works in development that they’ll be focusing on at Catapult, TOHU and Valley. TOHU, says Omer, “started in Israel as a very political statement. We went through several wars and we could really see how disparity grows, how racism grows and it made me try to understand if it’s a human thing to be racist, for human beings to be afraid of each other. Or is it natural for human beings to love each other and then learn to hate?” He researched history, Eastern philosophies, including Tao and then tried to allow these philosophies to inform the movement, very literally at first. I think it’s important to visit literal places before making the work completely abstract. The essence of dance is abstract; its language is far broader than spoken language and with a huge range of emotions. The character of much Israeli dance seen in Australia is vigorous and sinuous; Omer concurs, “it’s definitely embedded in me, but having said that there are moments in our work that are more minimal, more about the visual aspect—almost like an art installation rather than a dance.” In TOHU, the pair “use marbles to represent constellations, galaxies and the movement of stars and to look at how as human beings we’re influenced by gravity not only as a physical force but as a mental one; gravity’s a dramatic universal force.  As to how the marbles are deployed, Omer laughs. “Well, I don’t want to reveal too many secrets. We pour the marbles onto floor and, using light, we want the audience to feel as if they’re looking at micro-versions of a universe.

There’s continuous movement on the stage not actually motivated by our bodies. There’s an echo, a certain relationship. If there’s a message we want to deliver it’s that we’re all connected. We’re all a bit like marbles bouncing off each other. The problem is that we forget those connections. In a political example, a lot of Israelis coming from Arab countries themselves don’t define themselves as Arab and are today increasingly right wing or feel angry with or scared of the Palestinian people. If they were able to remember their connection to the language, the culture of the place they came from, perhaps they wouldn’t feel so scared of the other. Of course, the audience doesn’t always get what we want them to get.”

Valley Solo tells the tale of a young

woman falling through the rabbit hole of self-realisation.

The work is a dark and enchanting physical poem exploring sensations of love, sexuality, pain and loneliness.

Dancer Allie Graham will perform the second work, Valley, a 15-minute piece that might grow longer during the residency, says Omer. It’s described in a press release as “captur[ing] the submergence of a young woman into the deep abstract amorphous space of love and loneliness”

Omer elaborates: “Allie’s solo is about love and loneliness but the general idea of Valley speaks about a certain looseness of meaning that we’re experiencing in our society. A hundred years ago, death was super meaningful. If a storm wiped out an entire village, it was regarded as an omer or that the gods wanted something. People could grasp and rely on that meaning. Religious people still have that today but most secular people are losing it because nothing is meaningful except growth and jobs and money. Land is not important unless it makes money for the government. Dance is not important unless it gives back to the economy.”